A fine quality Walnut sofa by Holland & Sons.  This beautifully proportioned sofa is raised on fluted front legs and a strong splayed back leg, all with original brass cup castors.  Superb frame, stripped out and ready for re-upholstery.  Stamped Holland & Sons English, Circa 1860. 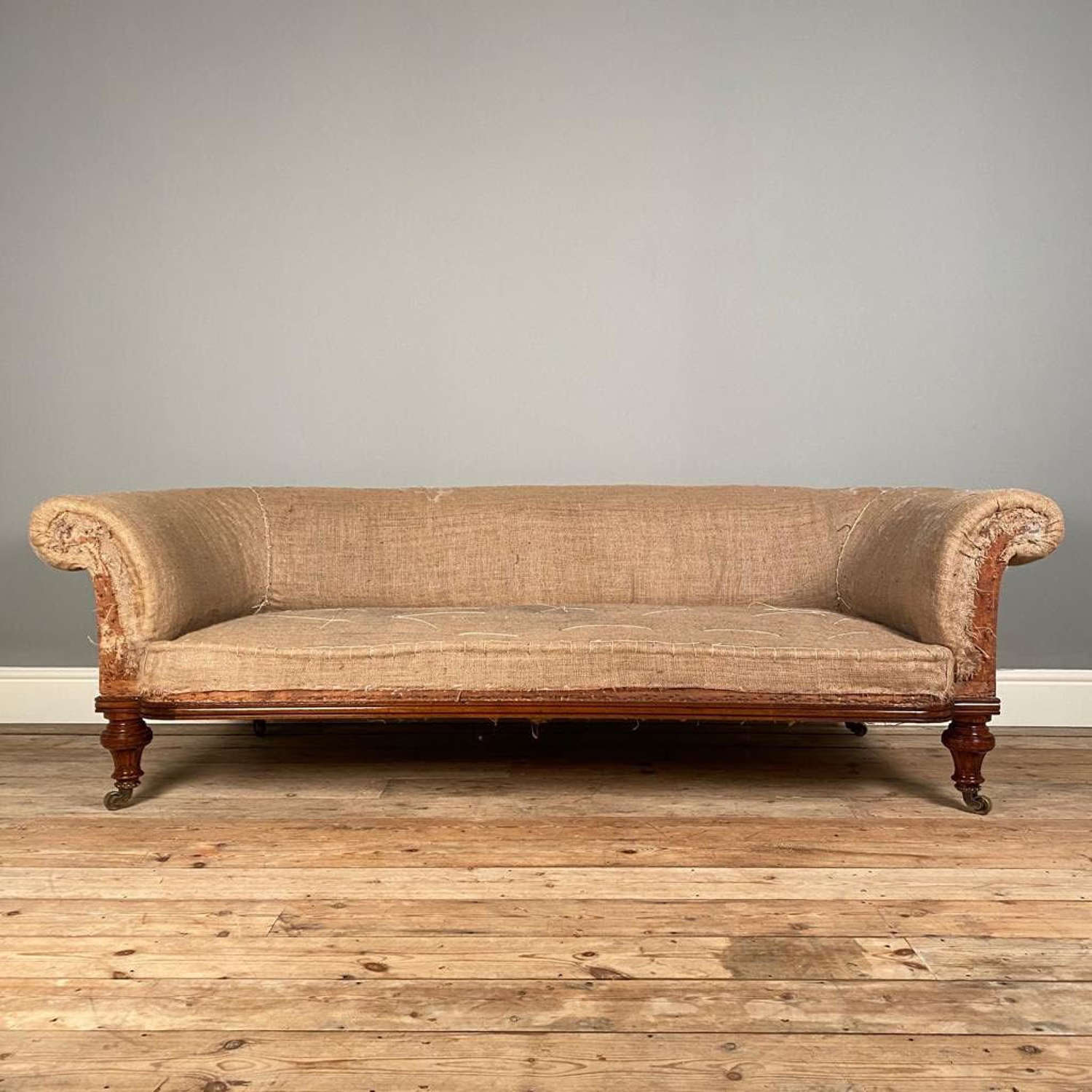 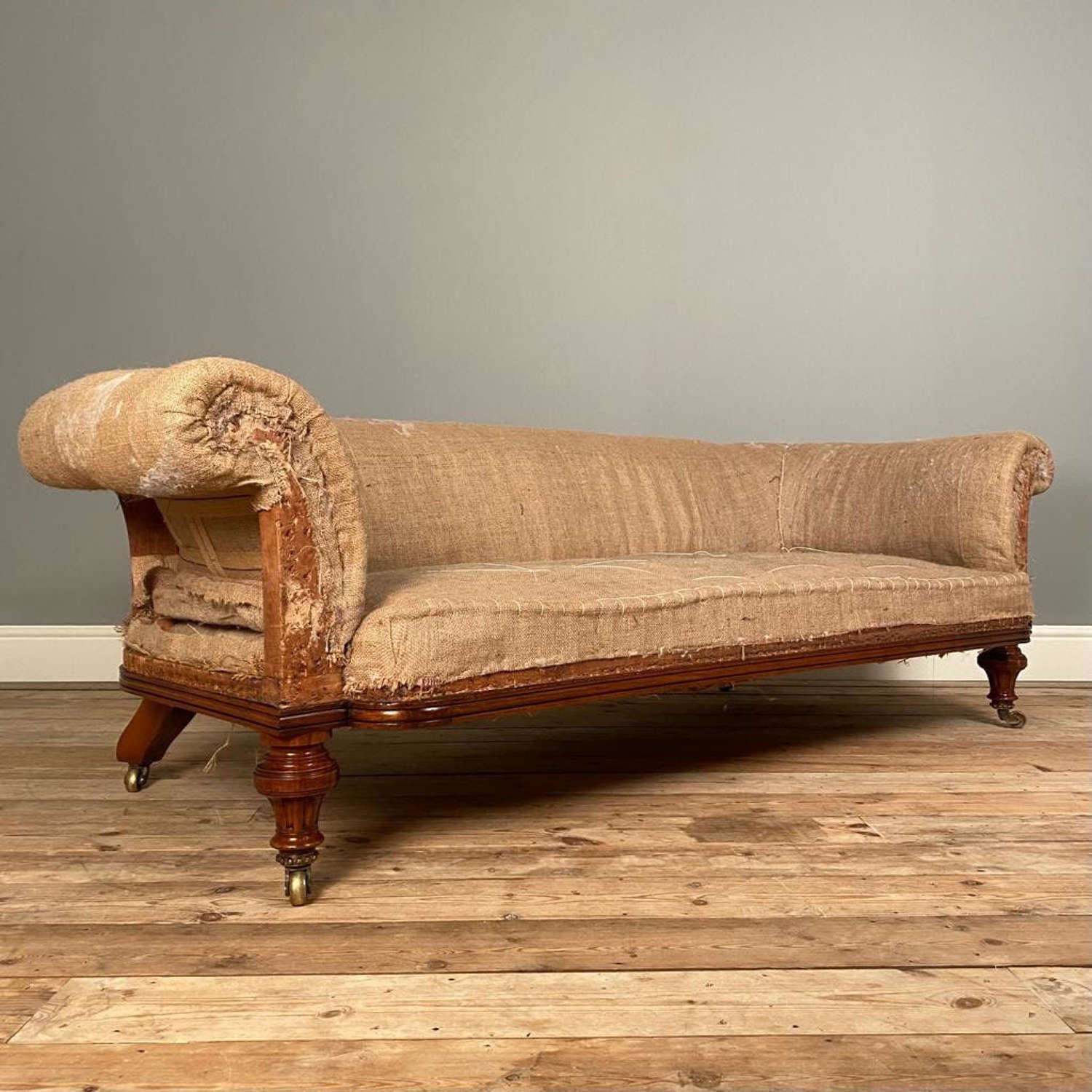 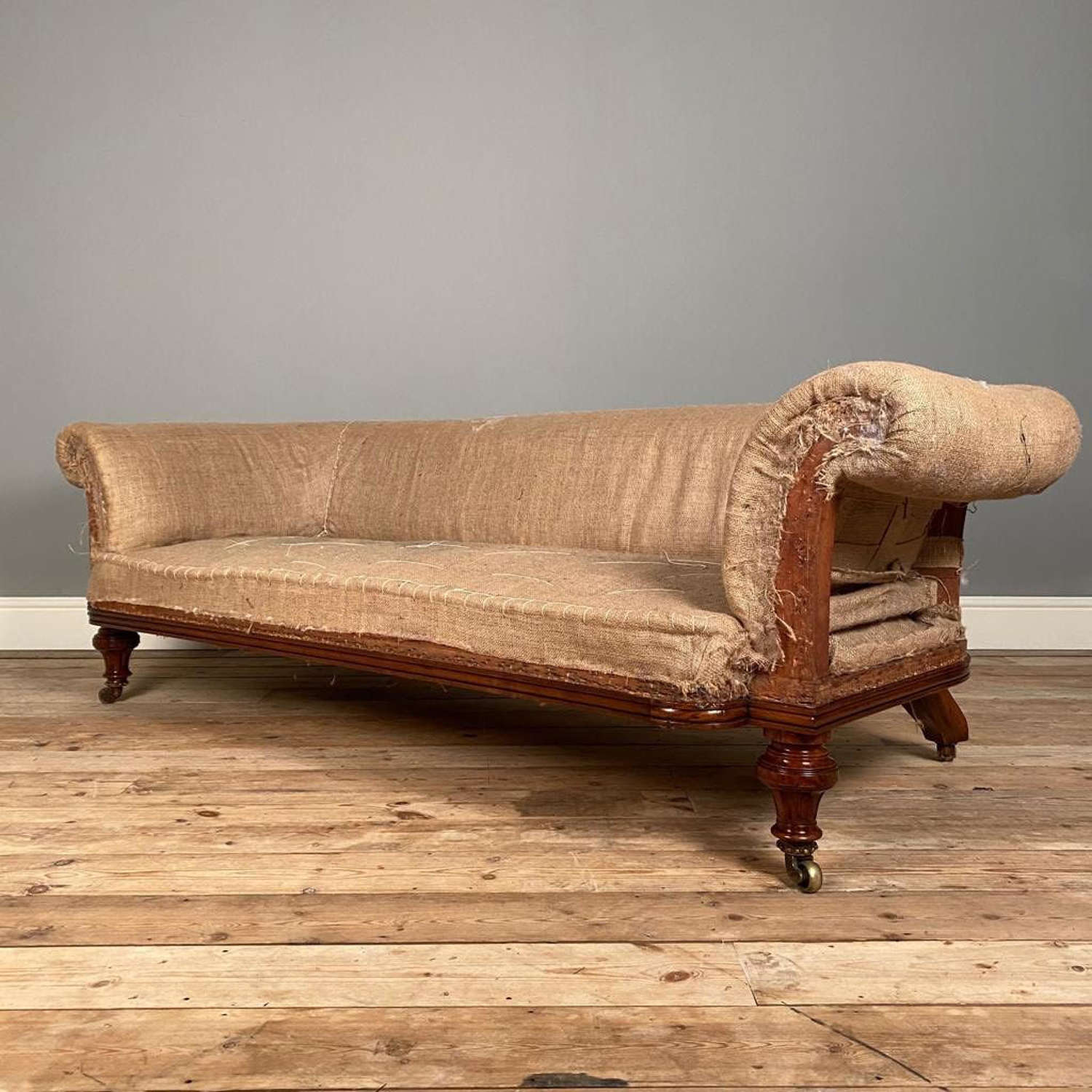 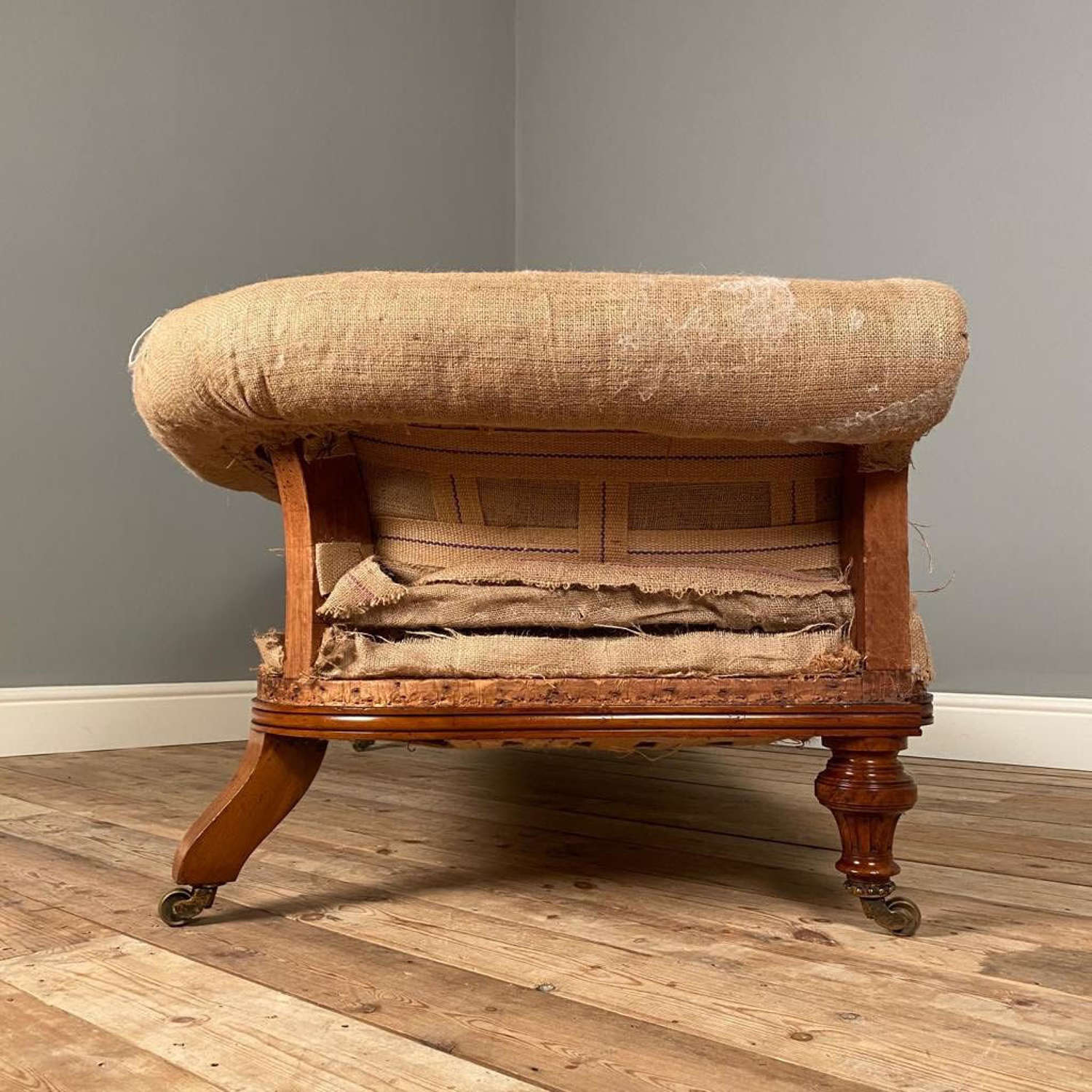 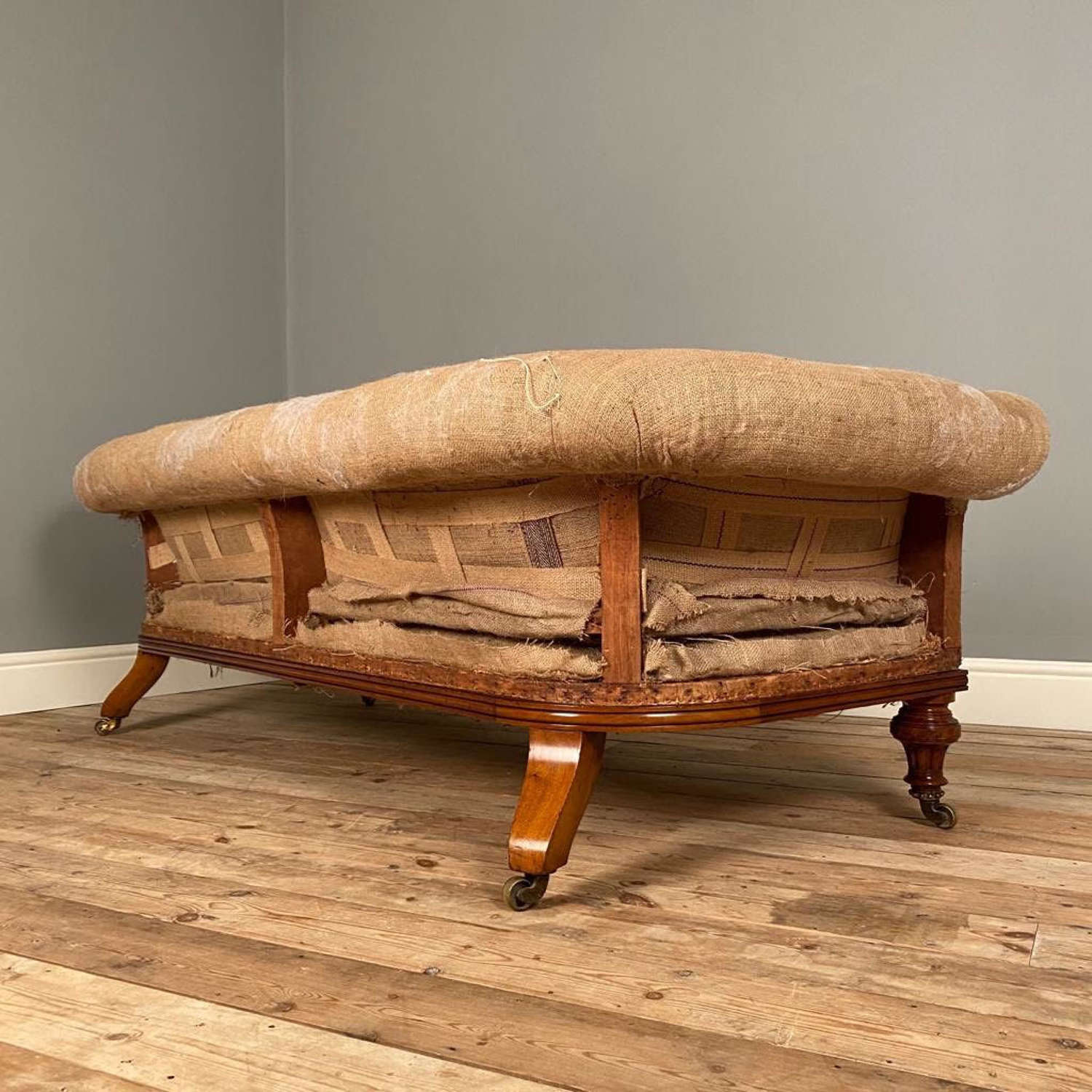 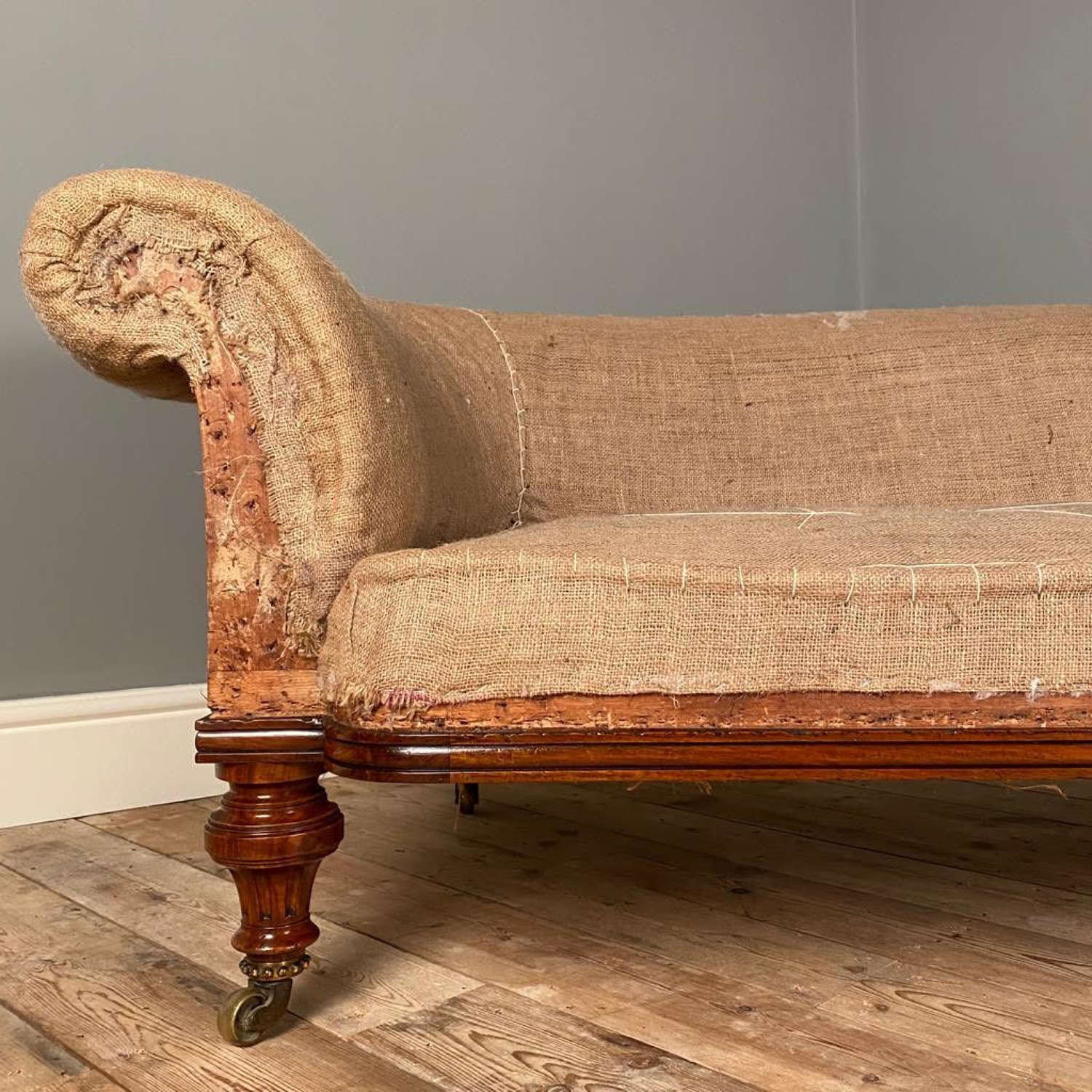 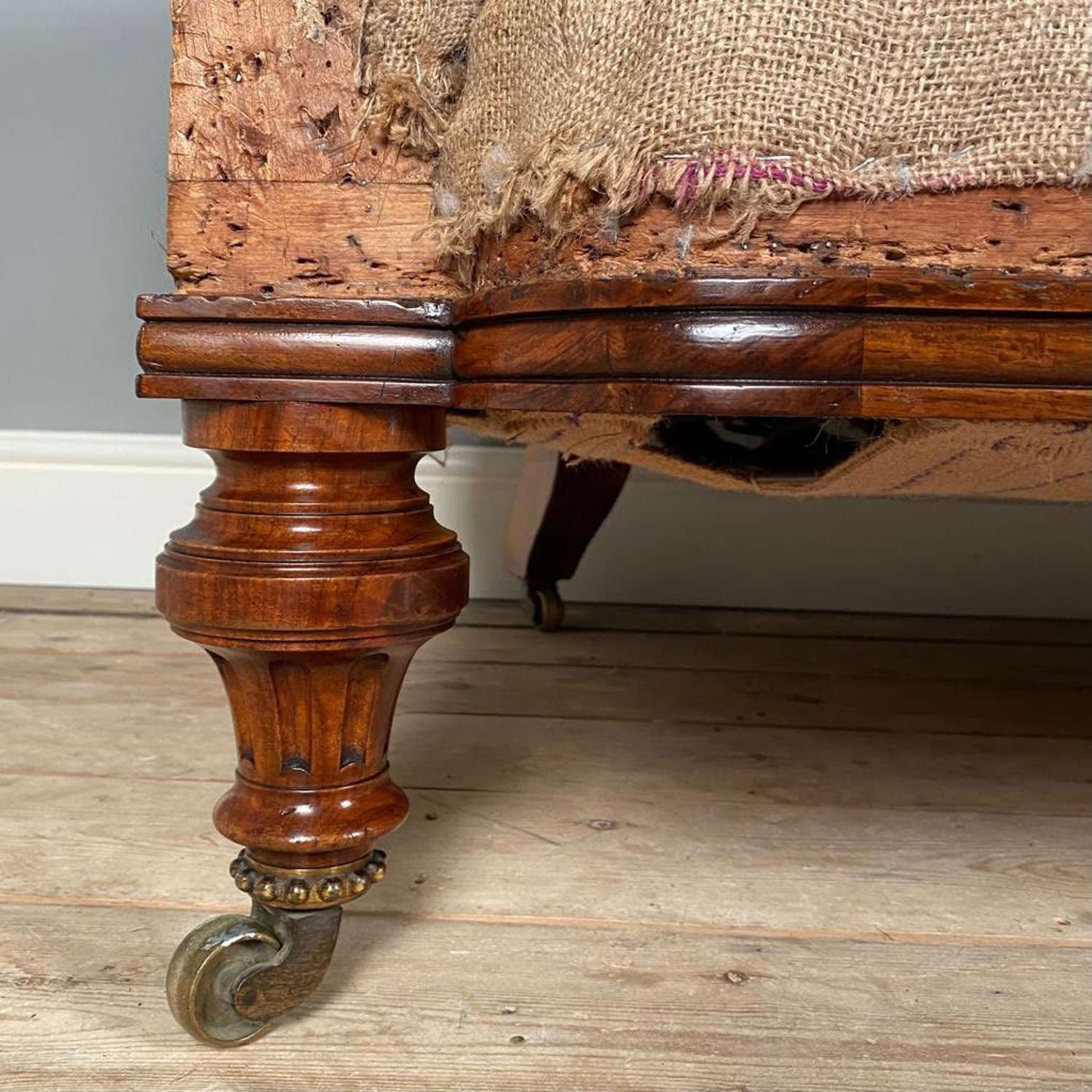