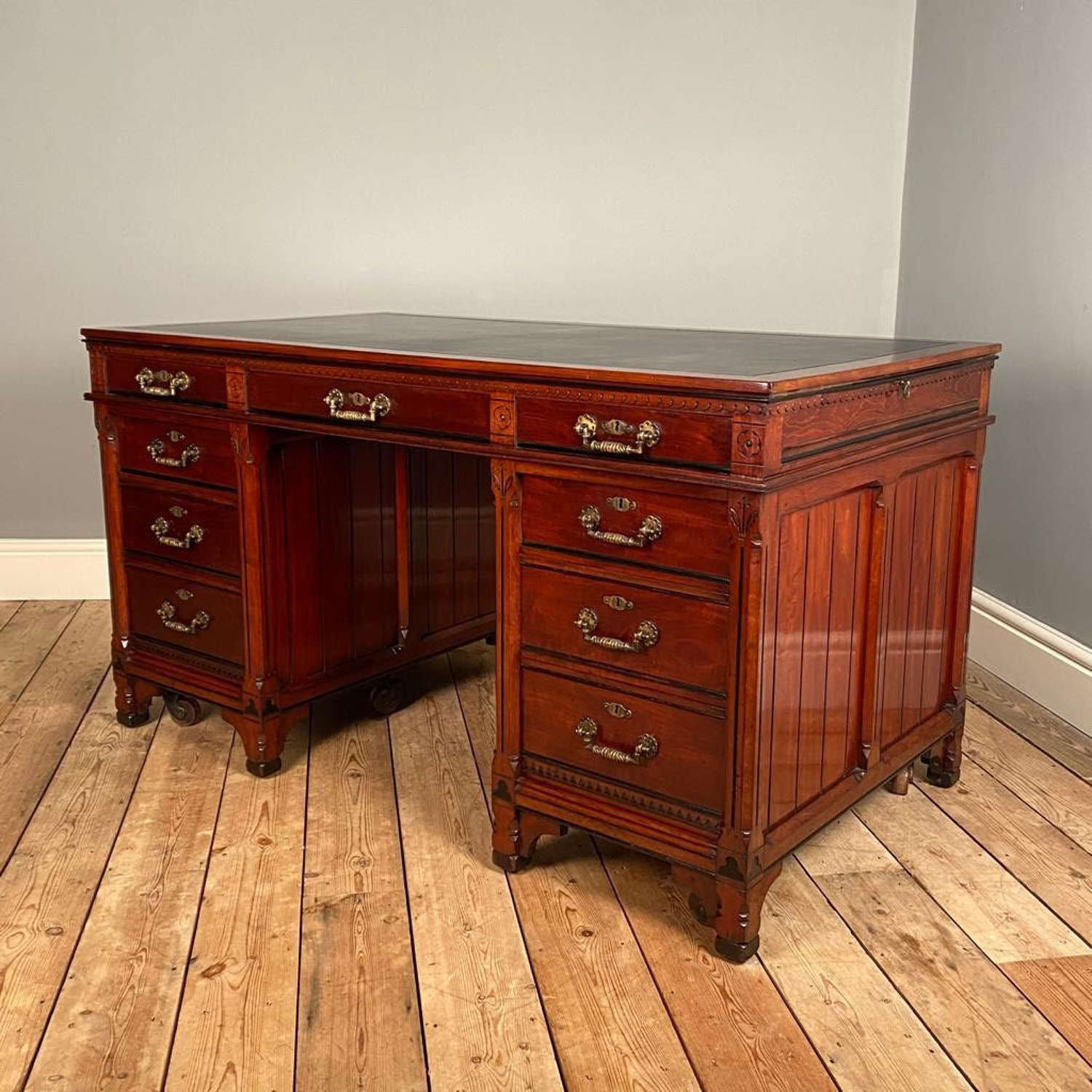 A striking Gothic revival partners desk by Holland & Sons.  This Walnut desk having a dark green leather inset top with 2 pull out adjustable slides to each side.  Having an arrangement of 9 graduated drawers to the front, all retaining the original locks and fittings. To the reverse there are 3 dummy drawers with 2 arched panelled doors, each one opens to reveal an adjustable shelf.  Beautiful detailing throughout, superb quality as to be expected from this renowned maker.  English, Circa 1860.

Holland & Sons (1803–1942) in 1843 they became one of the largest and most successful cabinet makers, and a rival to Gillows of Lancaster and London.  The company's labelled Day books are now housed in the Victoria and Albert Museum Archive of Art and Design where they present a virtual 'who's who' of nineteenth century society. 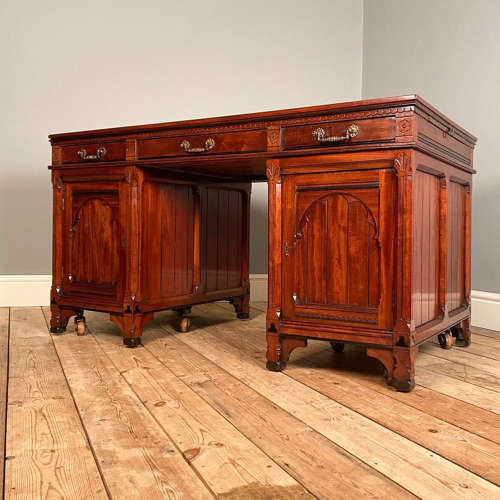 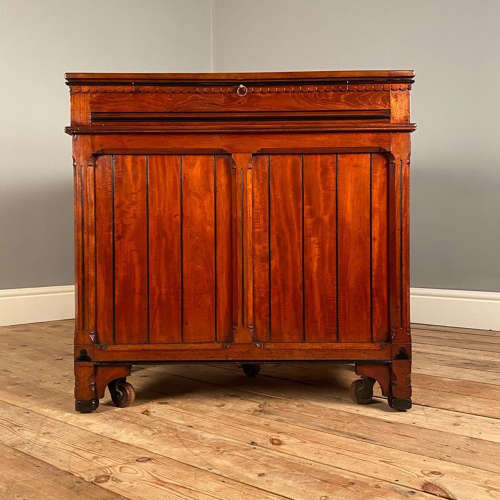 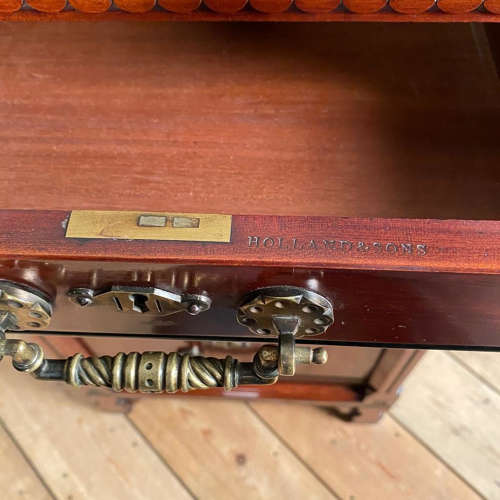 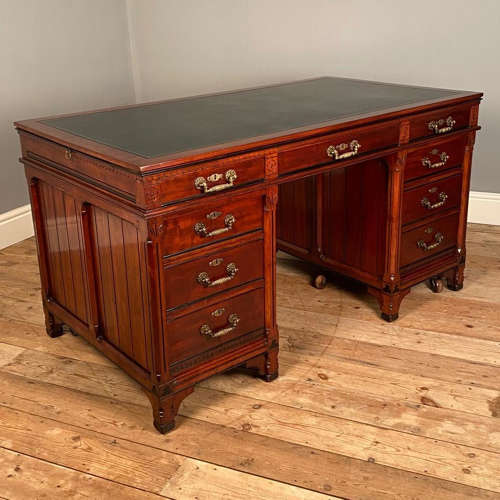 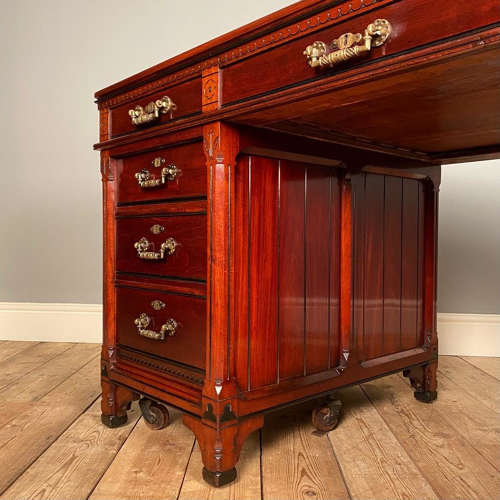 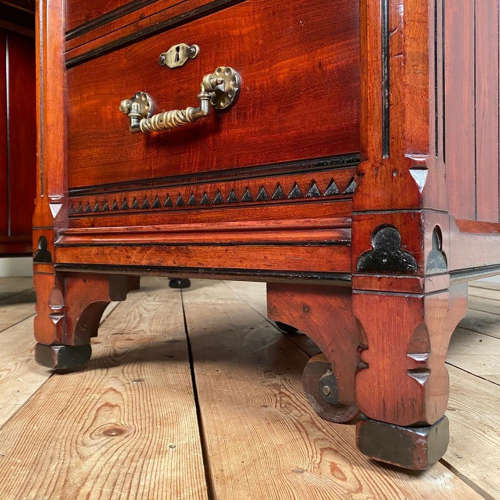 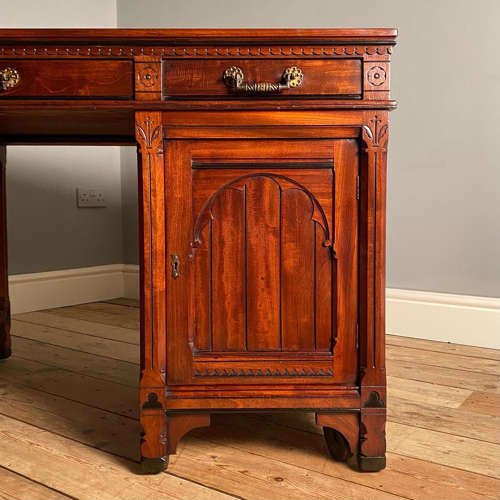 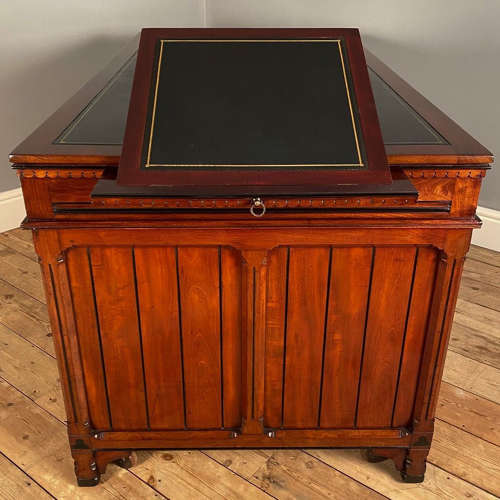 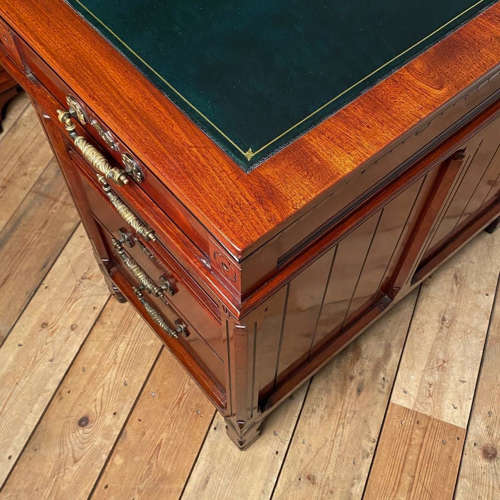 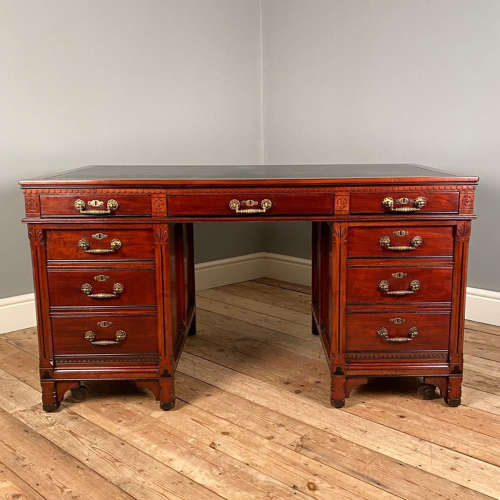