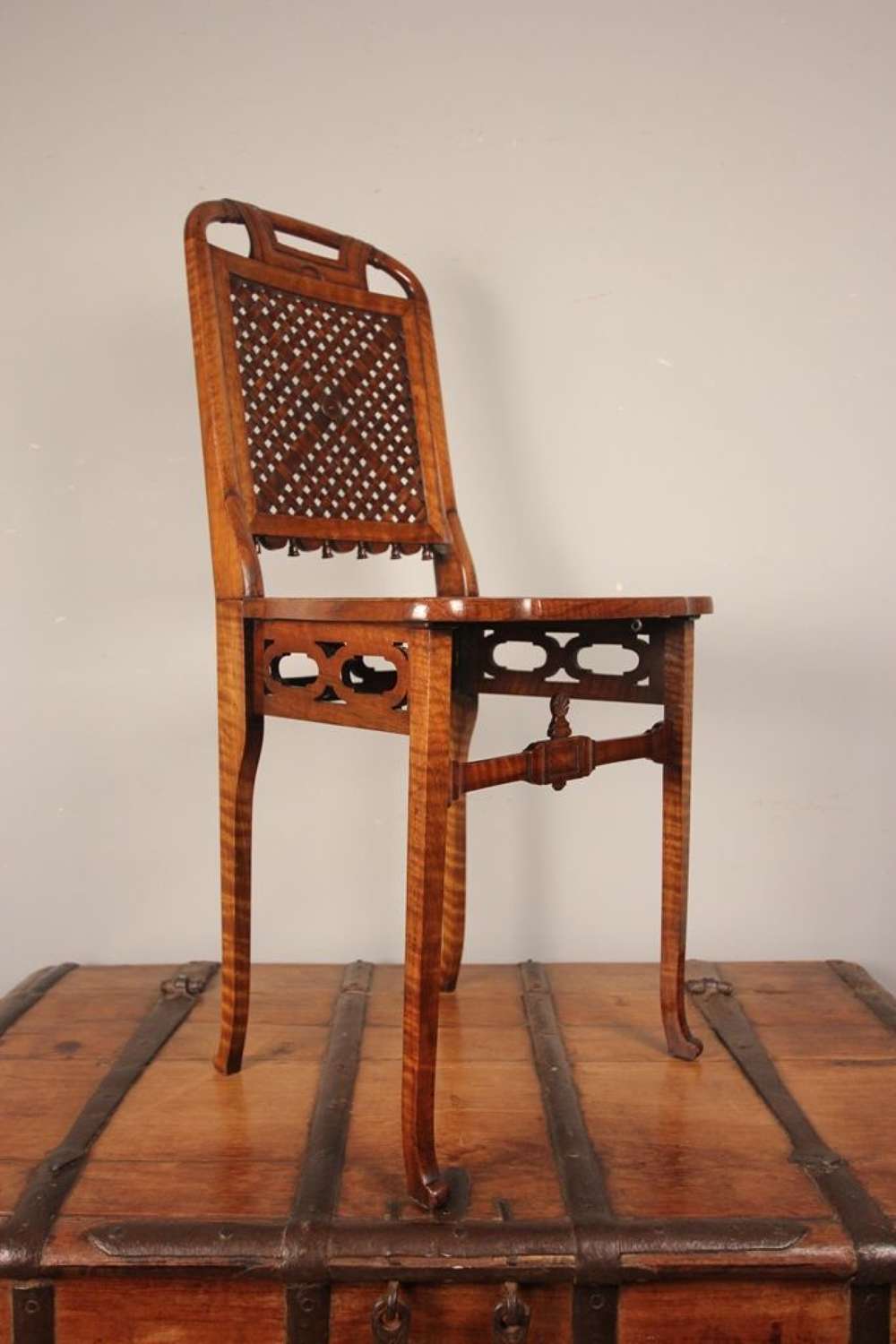 A fine and rare Taprell Holland & Sons campaign chair, made in solid walnut.  Having a lattice seat and back with carved bells decorating the bottom rail.  The chair folds flat with ease and retains the makes paper label to the back rail.  Superb condition and colour throughout.  English, dating between 1835 - 1843.

About the Maker:  Established in 1803 by Stephen Taprell and William Holland, a relation of the architect Henry Holland (architect). Always on the leading edge of fashion, Holland & Sons employed some of England's foremost designers and participated in all of the International Exhibitions of 1851, 1855, 1862, 1867, 1872 and 1878. Holland and Sons also participated in many of the leading international exhibitions including London in 1862, Vienna in 1873 and Paris in 1867 and 1872.

After a brief period in which the company was known as Taprell, Holland & Son c.1835-43, William Holland gained sole command after the senior partner Taprell's retirement. From 1843 onwards they were known as Holland and Sons. 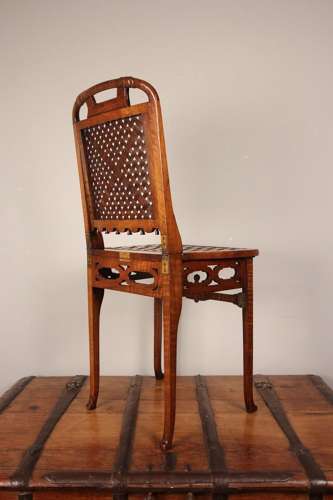 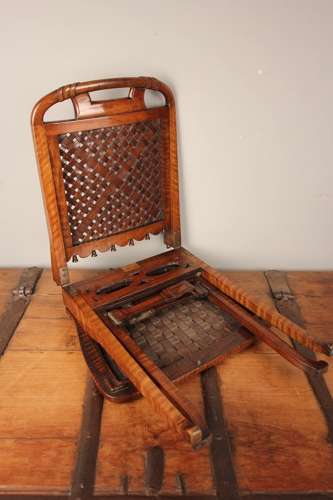 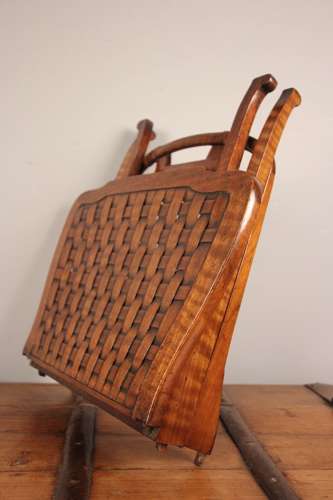 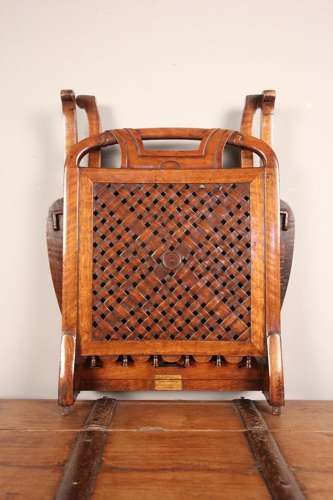 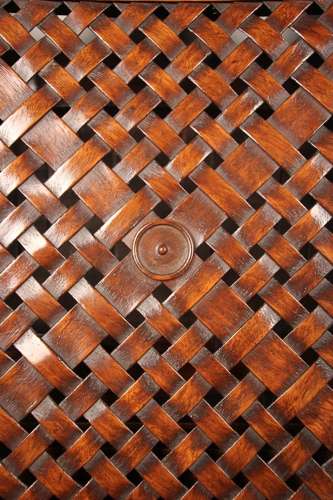 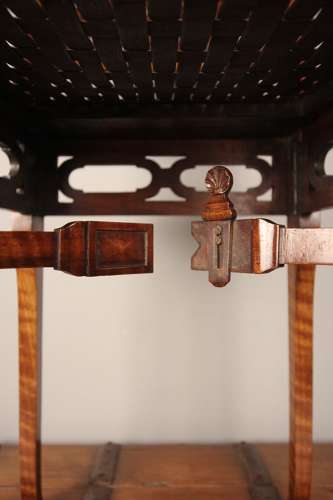 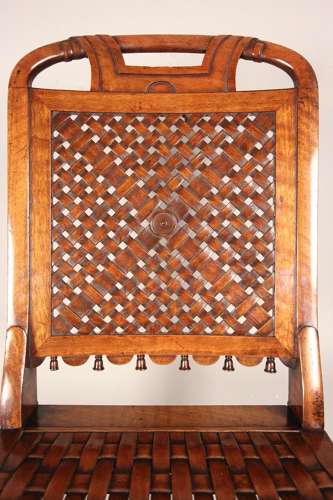 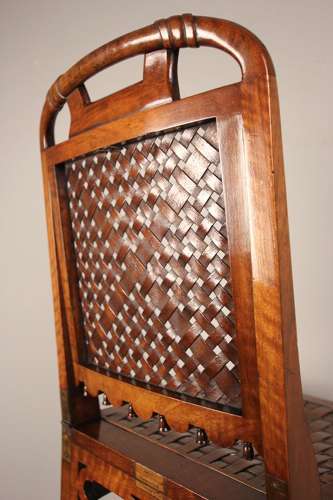 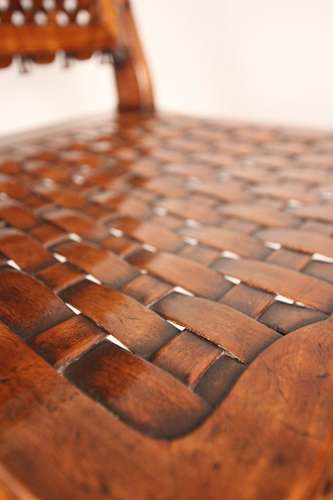 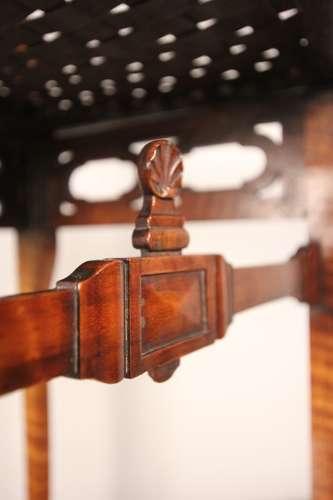 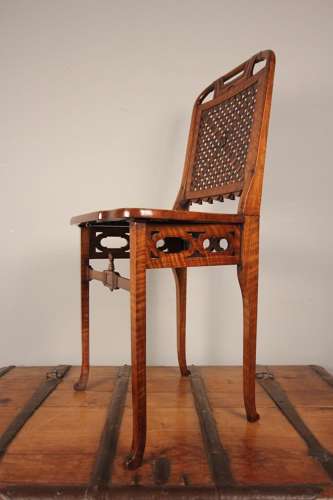