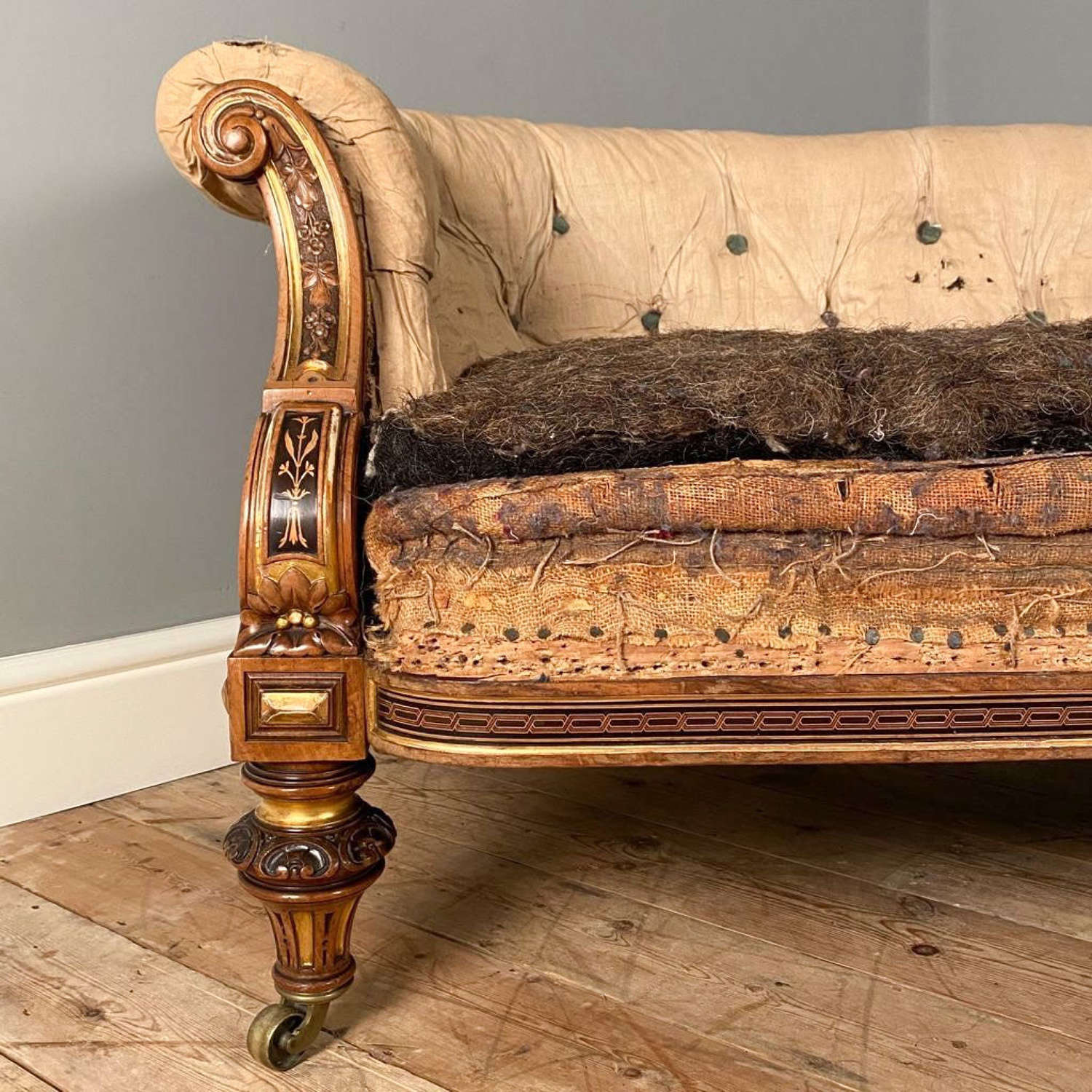 Johnstone, Jeanes & Co. exhibited examples of the expanding table at the Great Exhibition of 1851 and Paris Universal Exposition of 1878. Johnstone and Jeanes & Co. were recorded in the Lord Chamberlain’s accounts, 1837-85. The firm charged 7s 2d per day for each cabinet maker and upholsterer working at Buckingham Palace, 6s a day for French polishers and 3s for women in 1845-50. In the early 1850s, they supplied a large Ottoman Seat and State Chair, both for the platform in the Ballroom at Buckingham Palace, cost £252 & £52. The Ballroom was designed by Prince Albert and first used in 1856 to celebrate the engagement of the Princess Royal to Prince Frederick William of Prussia, in 1856. In 1846 Johnstone & Jeanes started to work on patents for new methods of giving extra support to chair backs and in 1848 produced a rosewood patented Coulson’s easy chair. The firm later became Johnstone and Norman or Johnstone, Norman & Co., 1880-1900. In 1884 they made a remarkable set of furniture, designed by Alma Tadema, for the American millionaire, Henry G Marquand. Apart from these special commissions the firm were general cabinet-makers; for example a display cabinet, c.1865, walnut, moulded, carved and fret-sawn, and a writing table, c.1870, satinwood, incised, carved and inlaid, with gilt bronze mounts, both formerly in the Charles and Lavinia Handley-Read collection. The writing table now at the Higgins Art Gallery and Museum, Bedford [HAGM:F.78]. In 1889 the firm refurnished parts of Windsor Castle and in December 1891 sold a set of ‘patent circular Dining tables’ for use there. A patent for a version of the expanding table was taken out in the USA, in advance of the 1893 World’s Columbian Exposition in Chicago, where they exhibited prominently. However, by 1894 the firm was financially failing and was taken over in mid-1894 by Morant & Co., although the firm’s name continued to be used until c.1911. 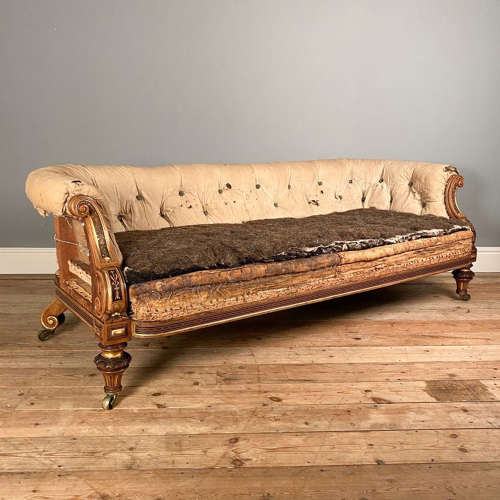 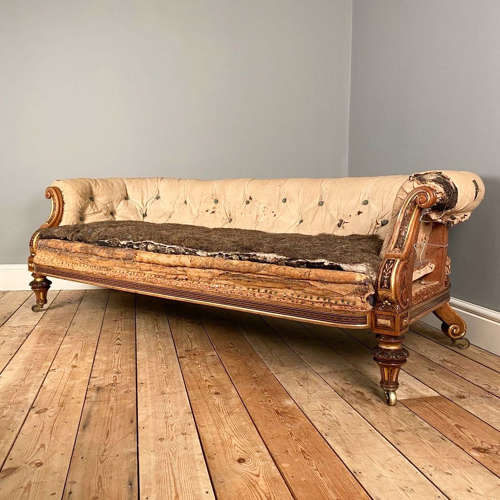 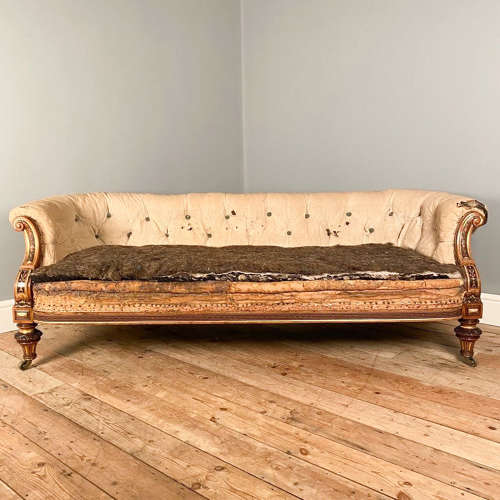 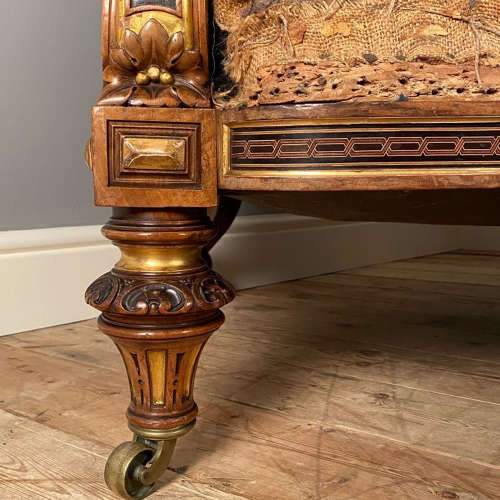 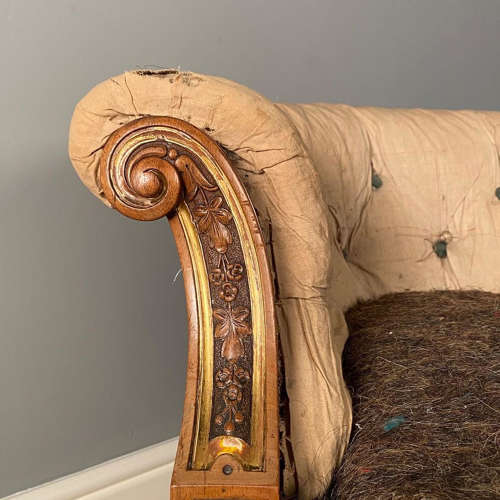 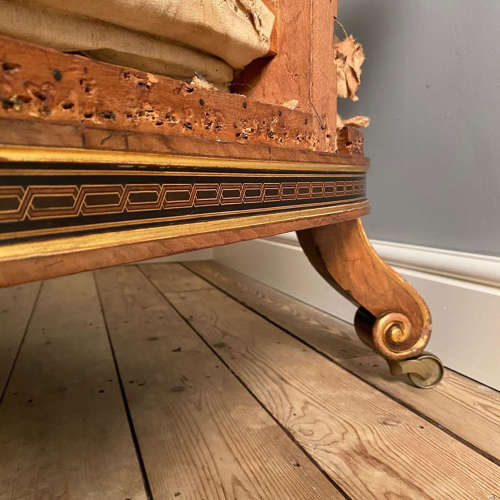 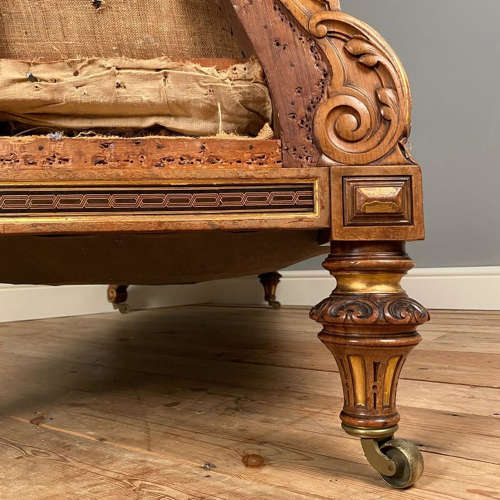 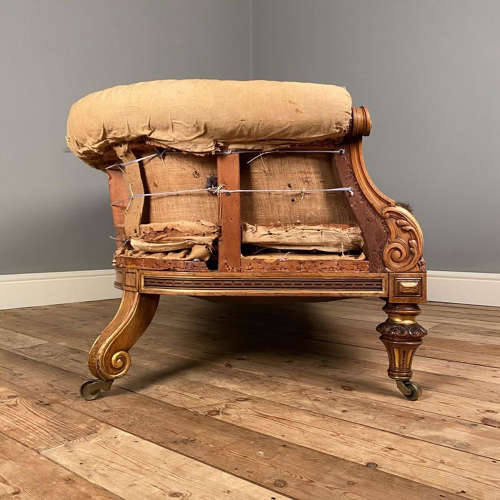 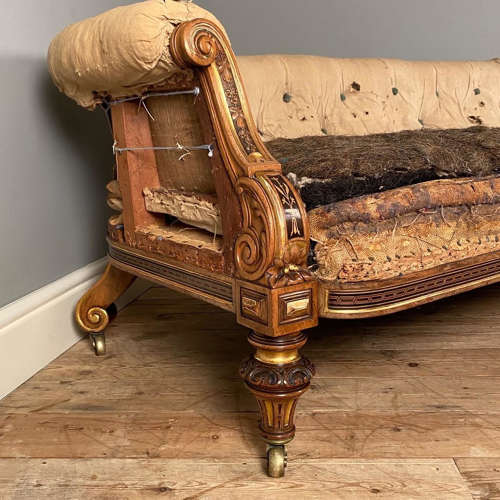 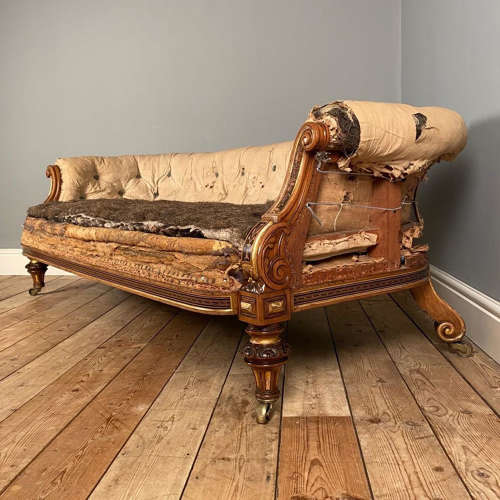