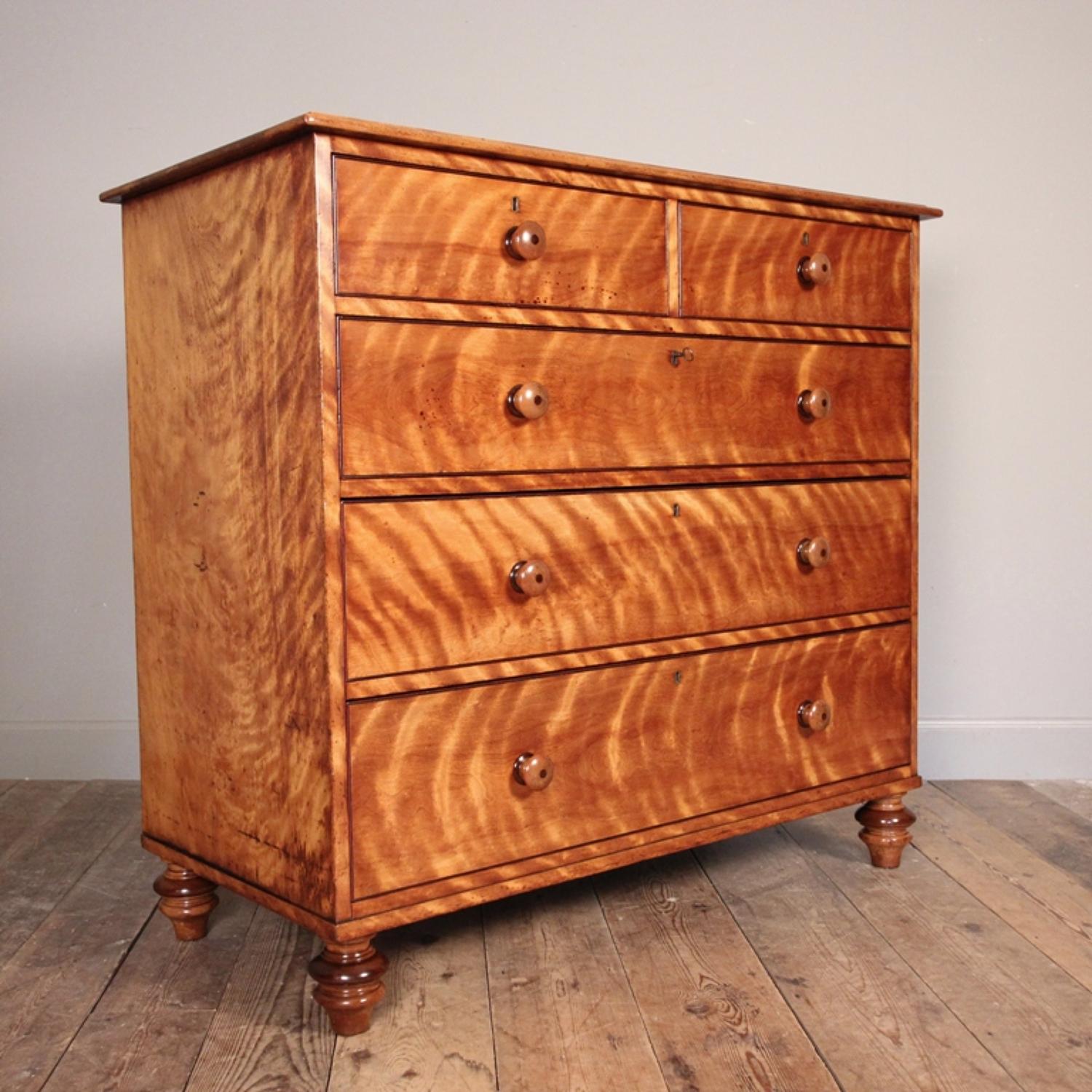 A striking Satin Birch and Purple Heart chest of drawers by renowned makers Holland & Sons. The practical size chest having an arrangement of 2 short and 3 long drawers, all retaining the beautiful knob handles with purple heart centres and back plates.  The drawers all with purple heart cock-beading, the whole raised on turned birch feet.  Super colour and condition throughout, retaining all the original locks with key.  Stamped and numbered, English, circa 1870. 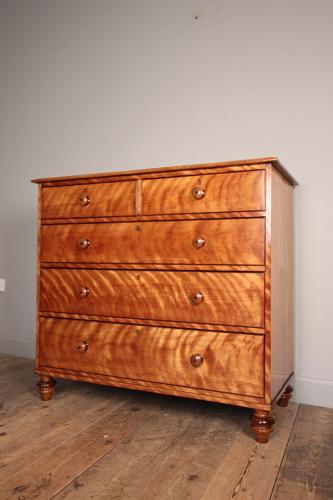 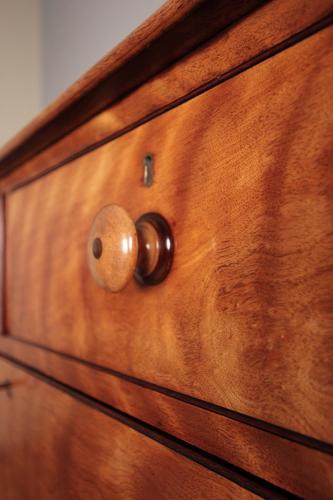 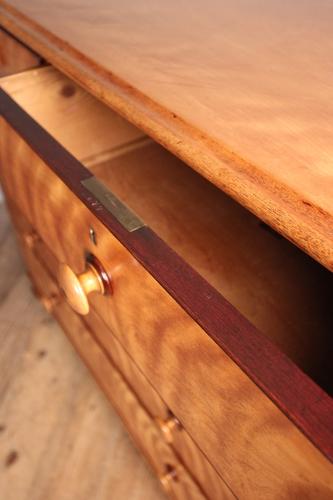 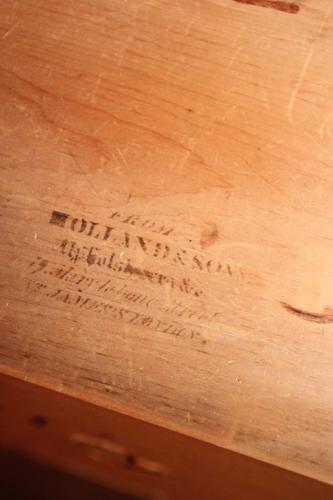 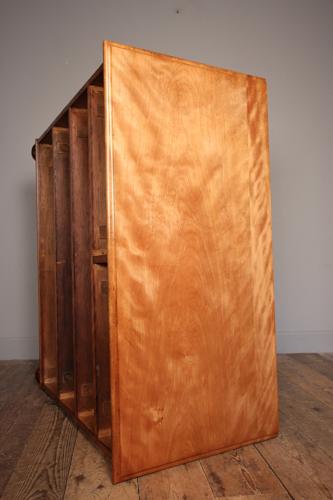 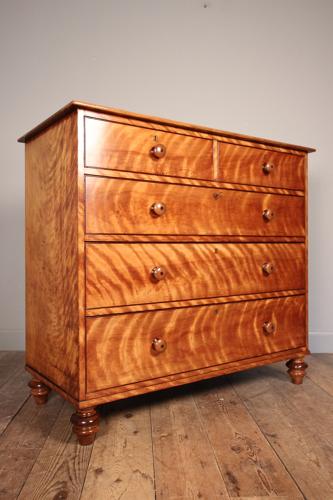