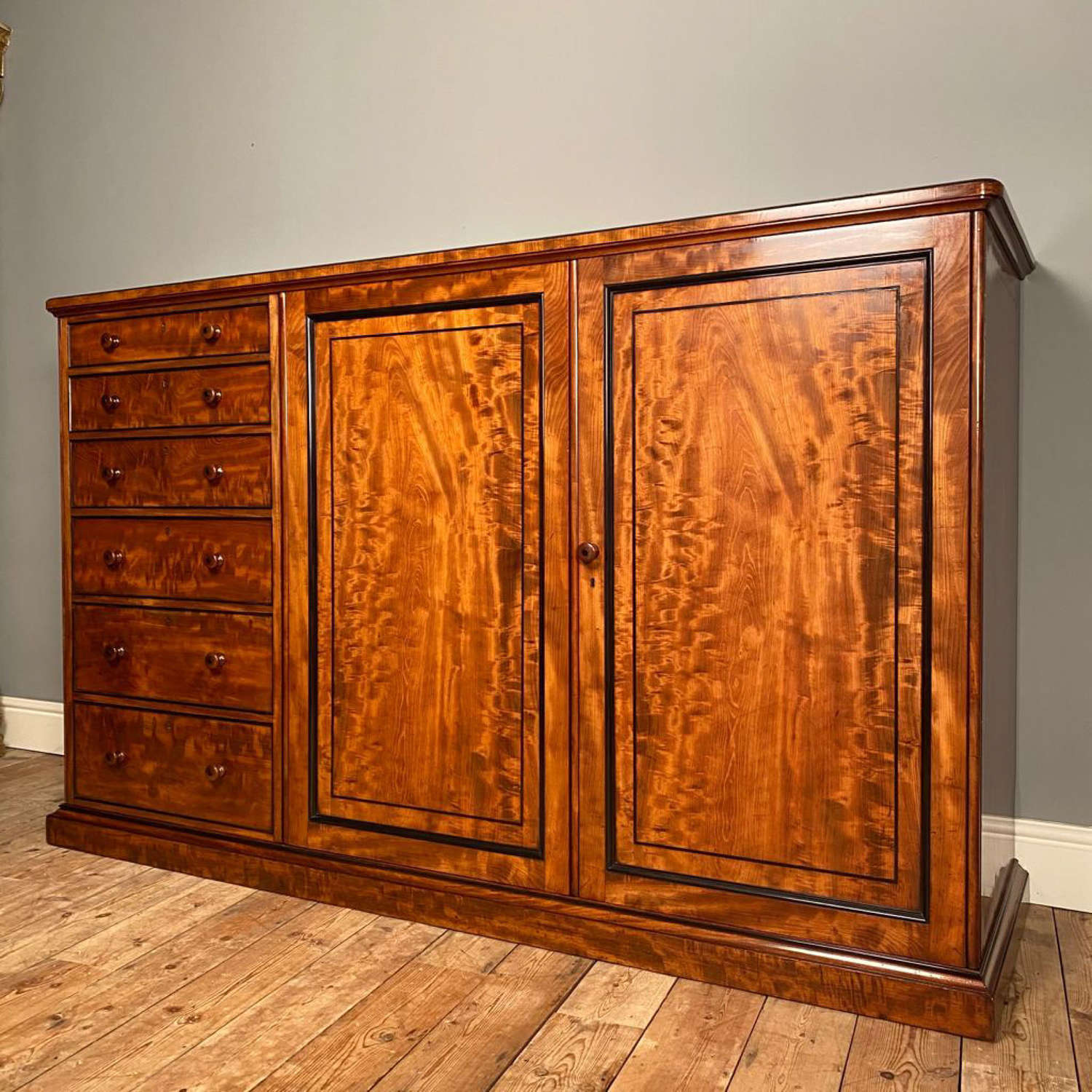 A superb Mahogany and Ebony inlaid gentleman's press. Having an arrangement of 2 panelled doors of which open to reveal the original linen slides.  The left side of the press has 6 graduated drawers, all retaining the original handles and fully Mahogany lined, the whole raised on a plinth base.  Phenomenal colour and original condition throughout.  English, Circa 1850. 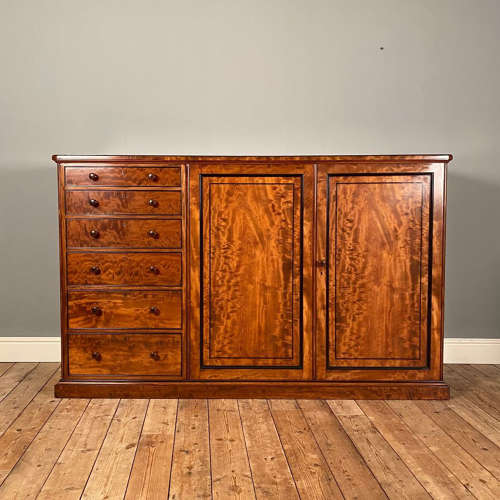 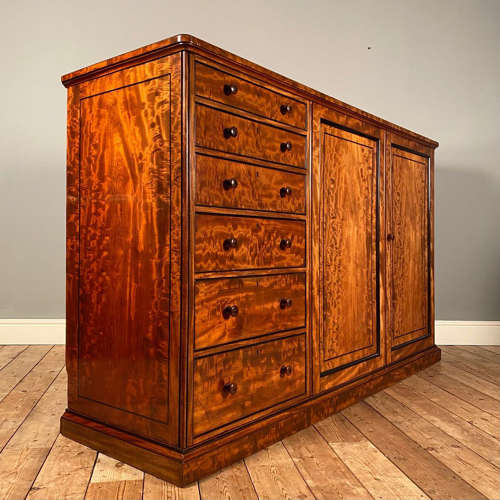 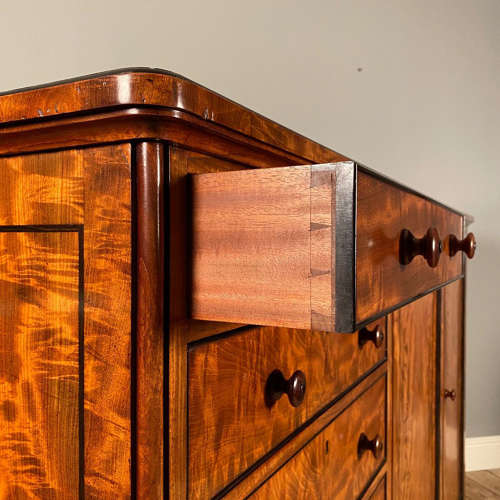 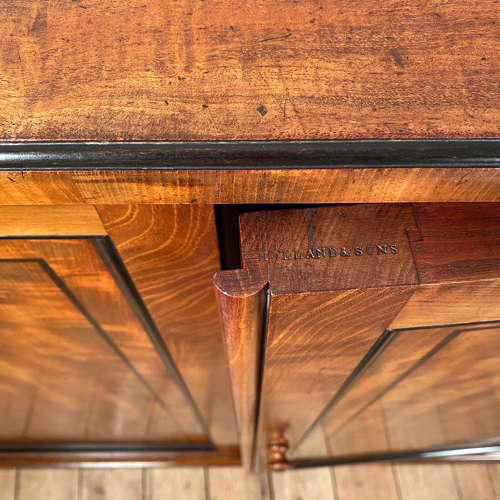 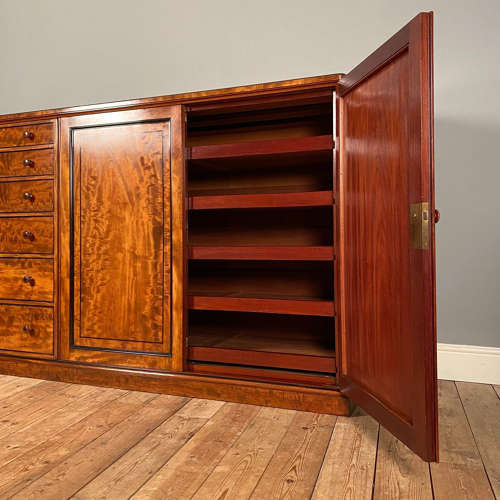 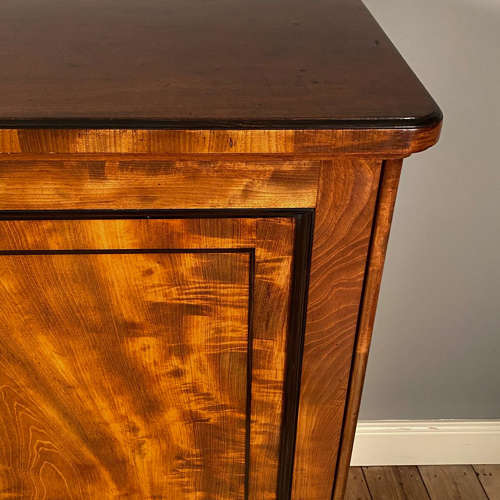